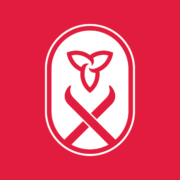 Al Maddox, from Thunder Bay, is Canada’s longest serving FIS Technical Delegate.  Al’s impact on the Canadian nordic ski community has been immeasurable. Among his many accomplishments, Al was the Chief of Competition at the 1995 World Nordic Ski Championships and the Technical Delegate at the 2002 Olympic Games in Salt Lake City.  He has mentored many race organizers over the years and was   and his homologation ‘stamp of approval’ is on many courses across Canada.   Congratulations Al!

Ottawa’s Anton (Toni) Scheier has served in many capacities at the local, regional, provincial and national level.  Toni served as the Canadian Team Manager and/or Wax Technician at multiple World Nordic Ski Championships & the 1988 Olympic Games.  Toni spearheaded Nakkertok Nordic’s application to Kraft Heinz Project Play for snowmaking.  The success of this project will be on display on Dec 9/10 at the Candy Cane Cup/Eastern Canada Cup/Ontario Cup/Quebec Cup races held at the facility.  Congratulations Toni! (Ottawa media coverage)